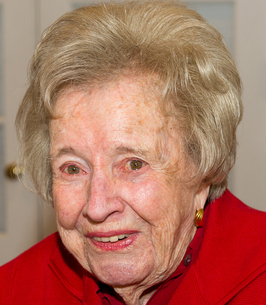 Janet was dedicated to her family, her church, and her community. She served on the Consistory of the Reformed Church of Bronxville, chaired the Congregational Care Committee, and regularly visited shut-ins. Janet was instrumental in establishing a partnership in 1965 with the Elmendorf Opportunity Center in East Harlem. For over 30 years she drove down each week to the Opportunity Center with other Bronxville volunteers to tutor students. She served on the Opportunity Center Board from its inception and on the Elmendorf Benefit Committee of the Reformed Church.

A private memorial service with immediate family will be held in Bronxville, NY on May 6. Memorial gifts may be made to the Reformed Church of Bronxville, 180 Pondfield Road, Bronxville, NY 10708 or The Wartburg, 1 Wartburg Place, Mount Vernon, NY 10552.
PRINT
Plant a Tree in Memory of Your Loved One
An Honouring a Life memorial tree is a unique tribute which provides global benefits like no other memorial gift could.
Plant a Tree
Subscribe to Updates