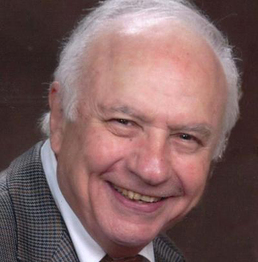 Richard Paul Sposato of Eastchester, NY passed away peacefully at the age of 85 on October 31, 2021 after a long and courageous battle with dementia. He was born in Mt. Vernon, NY on December 23, 1935 to Joseph and Fannie Sposato and moved to Eastchester as a young child. He graduated from Eastchester High School in 1954 and became a plumber working for his father before opening up his own successful plumbing and heating business for over two decades.

Richard met his beloved wife of 59 years at a dance and dated for two years before they married on December 2, 1961. They settled down in Eastchester where they raised their three daughters and one son. He was an avid antique collector, a history buff, and a patriotic American. Above all, Richard loved his family and was a loving poppy to his eight grandchildren.

The family will receive friends at Westchester Funeral Home in Eastchester, NY on Thursday, November 4th from 4-7 PM. A Mass of Christian Burial will be celebrated at 10:30 AM on Friday, November 5, 2021 at Immaculate Conception Church in Tuckahoe, NY. In lieu of flowers, the family requests that donations be made in Richard’s memory to the Alzheimer’s Association:
https://act.alz.org/site/Donation2?df_id=32112&32112.donation=form1&utm_source=google&utm_medium=paidsearch&utm_campaign=google_giving&set.custom.wt=giving&gclid=EAIaIQobChMI0vvCxO738wIV_gaICR1VjQLBEAAYASABEgLRwvD_BwE

All rights reserved. This obituary is also archived at obittree.com