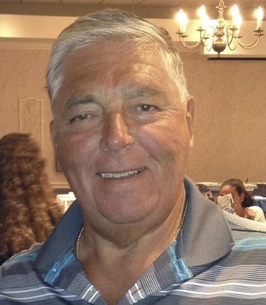 Leonard was born in New Rochelle, New York where he lived briefly with his father John and his mother Florence. The family moved to the Fairbanks section of the Bronx where they welcomed his brother Larry and his sister Phyllis. Leonard, or Lenny as he was known attended DeWitt Clinton High School and it was during these years that he met Paula Jannicola, his neighbor and friend and who he loved and later married in 1963.
Lenny and Paula moved to Mt. Vernon in 1969 where they made their home until 2001 and raised their two sons, John and James. Lenny owned an independent bakery route until 1986. That same year, he and his brother Larry started Flow Fuel Oil, Inc a home heating oil delivery and service business which they grew and operated together until their retirements in 2007. Lenny and Paula moved to The Villages, Florida where they remained until their deaths.

Lenny was actively involved in community. He was a reliable parishioner in St. Ursula’s Church, and he served as a Mt. Vernon Auxiliary Police Officer, something he enjoyed and was very proud to have been a part. While in Florida, he was a member of St. Vincent DePaul Parish serving as an usher and as a member of the Knights of Columbus. But Lenny’s greatest joy in life was being a grandfather to his seven grandchildren who he loved deeply.

Lenny is survived by his son John, his wife Barbara, John's sons Leonardo, Tomasso, and John Jr. and his step-daughter, Angela Mercurio; his son James, his wife Sandra, and their three children, Alexandra, Nicholas, and Michael and his sister Phyllis. Lenny is pre-deceased by his wife Paula, his parents John and Florence and his brother Larry.

Visitation will be held on Tuesday, June 21, 2022 from 4-8 pm at the WESTCHESTER FUNERAL HOME, Inc., Eastchester. A mass of Christian Burial will be held at 10:30 am on Wednesday June 22, 2022, at Immaculate Conception Parish in Tuckahoe. In lieu of flowers, donations can be made to Covenant House. https://www.covenanthouse.org/

Click here for a Livestream of the funeral mass: https://icaparish.org/
PRINT