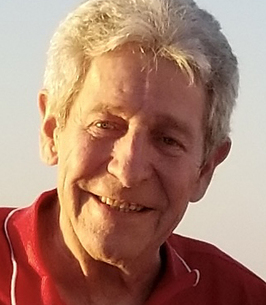 James Michael Taylor, Jim to most, 74 of Eastchester, NY, passed away peacefully and surrounded by his family on January 3, 2022. James was born on March 3, 1947, in the Bronx, NY to the late William Francis and Gertrude Catherine (Berger) Taylor. He was their only child but had many friends that he continued to stay close with until his passing. Growing up in an Irish-German Catholic household, James attended all Catholic schools. First, St. Raymond’s Catholic Grammar School, Cardinal Hayes High School and then Fordham University where he received a bachelor’s degree in Business. James’s family was his pride and joy. He married Linda Taylor (Mazzillo) on June 28, 1986, in Scarsdale, NY. He is survived by his wife, Linda, and three children, Thomas Taylor (Danielle), Rita Colucci (Chris) and Heather Taylor along with his 2 grandchildren, Jenna, and Thomas James Taylor.

James was a big sports fan, but baseball was his favorite sport. He first rooted for the Brooklyn Dodgers as a child and then finally fell in love with the New York Mets. Attending games at Shea Stadium and then Citi Field was one of his favorite pastimes with his family and friends. James also enjoyed walking, reading, history, and watching Jeopardy. Without fail, on any weekday at 7 p.m., everyone knew where to find him. He was in front of the TV right on time ready to watch his favorite show and get almost every answer correct. James will be greatly missed by all who knew him.

A Funeral Mass will take place on Friday – January 7, 2022, at 10:30 at Immaculate Conception Church in Tuckahoe, NY. Interment to follow at Beechwoods Cemetery.
PRINT