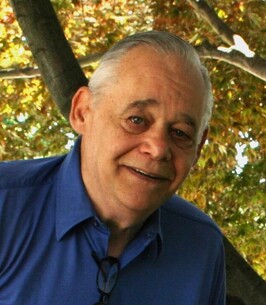 Carl was born in Yonkers, NY, son of the late Carl and Marge Everts (Waipa) on August 27, 1943. Carl was a graduate of Roosevelt High School in Yonkers, NY. He later became an electrician for Local 3 IBEW. Additionally, Carl had a passion for emergency services and dedicated his time as a volunteer EMT, Salvation Army worker, and Office of Emergency Management (OEM) consultant. Furthermore, Carl managed an extensive collection of ham radios and communication devices while contributing to several radio communication organizations. He will forever be remembered for his years of service to the city of Yonkers.

Carl was a devoted father, who raised three children who will cherish his memory. He will be sadly missed by all who knew him.

Carl is survived by his wife Jean Everts (Gemignani), sons Leif and Christian Everts, and daughter Janine Everts (Carolini). Carl, affectionately called Pop-Pop, was also the beloved grandfather of Justin, Ava, and Lia. His memory will also be held in the hearts of his daughter-in-laws Sally and Stephanie, and son-in-law Anthony.

Condolences may be sent by visiting Carl’s obituary at: https://www.westchesterfuneralhome.com/memorials/carl-r-everts/4997333/service-details.php
PRINT