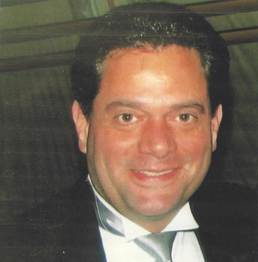 Allan Lowell Green, son, brother and father, passed too soon, at the age of 63, in the early morning hours of January 27th.

Allan was born on November 13, 1958, 2 minutes after his twin brother in New York City. He was predeceased by his father and stepfather.

Allan had been ill for several years and unfortunately not near his family at the time of his demise. He would have greatly appreciated the many kindnesses of the staff at the hospital and eventually the hospice, who cared for him during his final days.

Allan had been a successful podiatrist, graduating from the New York College of Podiatric Medicine. He practiced in the Bronx , next door to his stepfather, a physician in the community. He opened a second practice in Thornwood before relocating to Parkland Fla. In Florida Allan opened another prosperous office.

Allan had a love of 80's and 90's music and old superhero comics. He enjoyed watching classic westerns as well. His greatest moments and greatest source of joy were the births of his daughters. He coached their sports teams and was an active member of his local synagogues in New York and Florida.

Allan is survived by his daughter Samantha and son in law Alex and his daughter Carlie. He has left his mother Rose, sister Elizabeth and brother in law Jim and his twin brother Douglas. His niece Irina and nephews Zachary and Joshua have been greatly impacted by his illnesses and death.

He will be remembered with love and great sadness for all the moments that will be missed. May god watch over him, have wonderful conversations with his father and stepfather and rest in peace, knowing he was loved.

All rights reserved. This obituary is also archived at obittree.com